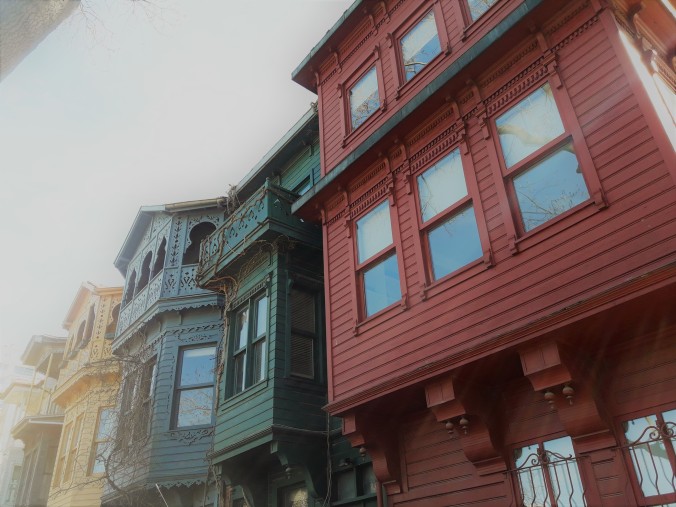 We just finished our THIRD weekend in a row of having to be on campus to work and holy crap am I burnt out.  Every now and then, I don’t mind the excuse to catch up on some housework and play video games, but I definitely didn’t move halfway across the world to play video games in my lojman.  While we were a little tired after our duty session at the Open House day, we decided to push through the fatigue and make the trek out to Istanbul for a little contact with civilization.  It took a taxi, two metros, a bus, and a good deal of walking to get there, but we managed to make it before dark and it was well worth the trip. When we go to Istanbul, we tend to spend most of our time in Kadıköy out of convenience, but we were craving a change of scenery.  We decided to check out some of the highlights in the neighboring district of Üsküdar. 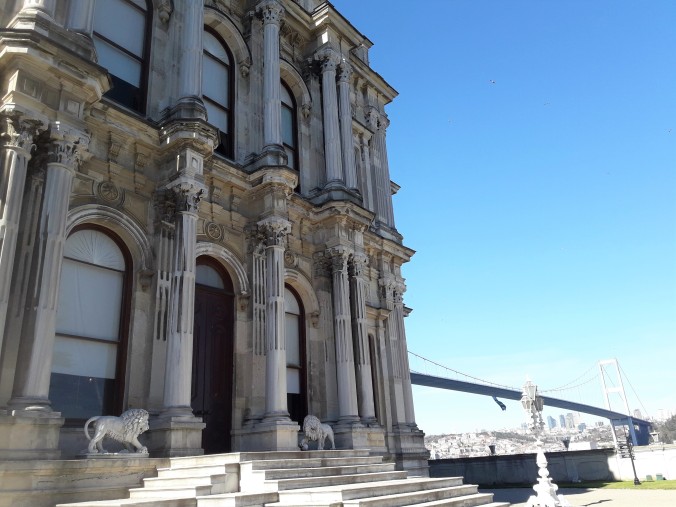 We got up early Sunday morning for some good spinach and potato börek  before heading to  Beylerbeyi Palace, used by sultans as a summer home during the Ottoman era.  It was an unbelievably gorgeous day – sunny, not a cloud in the sky, and warm enough to get by with just a light jacket.  We wandered through the gardens and stopped for a coffee in the cafe while waiting for the English tour to start.  Once it did, we were two of only four people on the tour!  We more or less had the place to ourselves.

Unfortunately, since photos aren’t allowed (and the tour guide was watching us like a hawk the whole time), I wasn’t able to get any pictures of the interior…but it is beautiful in a very eclectic way.  Much like Hagia Sophia, it is representative of Turkey’s confusing cultural identity: vibrant colors mix with Rococo architecture, Arabic script contrasts with French floral  vases, and ornately carved wooden panels lay behind fairly derivative Euro-style paintings.  It was hodgepodge in the best way. 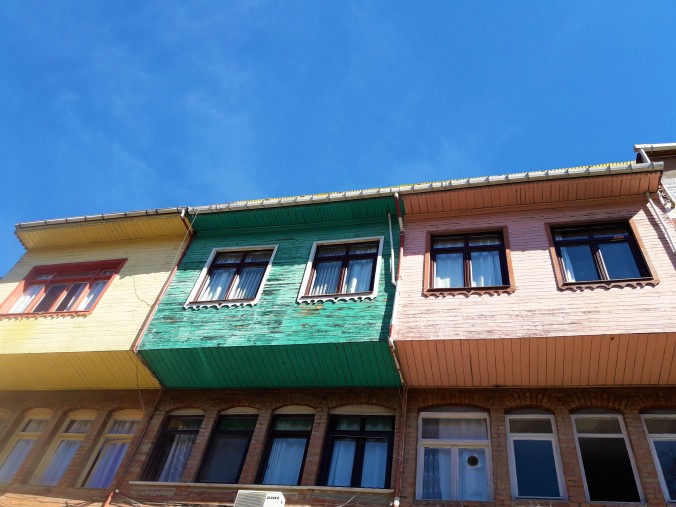 After finishing our tour, we walked along the water to Kuzguncuk, a beautiful, peaceful little neighborhood that was once home to many Greeks, Armenians, and Jews in Istanbul. The houses there are unlike most that I’ve seen in Istanbul, with their brightly painted exteriors and Ottoman designs.  We had fun just wandering through the streets admiring the architecture.  Kuzguncuk is also known for its great selection of cafes and restaurants – especially breakfast joints.  Since we had already eaten breakfast, we opted for a light lunch at a vegetarian restaurant and it did not disappoint.

Since it was such an incredibly beautiful day, many artisans were out in the streets selling their wares.  I picked up this little beauty, made of fake leather and quite unique compared to most of the street jewelry I’ve seen.  The center features an image of the Maiden’s Tower. 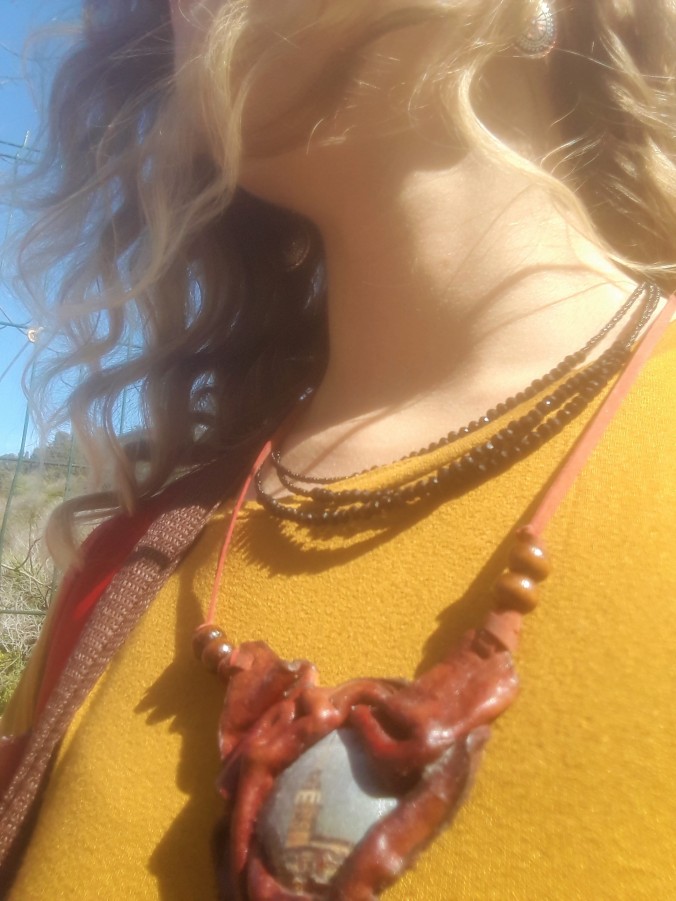 I wish we could have stayed longer, but honestly, I’m just glad we got out!  It’s amazing how much there is to see in Istanbul…we could probably live there a lifetime and not see it all.  I love living near such a beautiful, sprawling city. 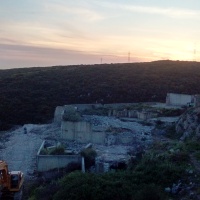