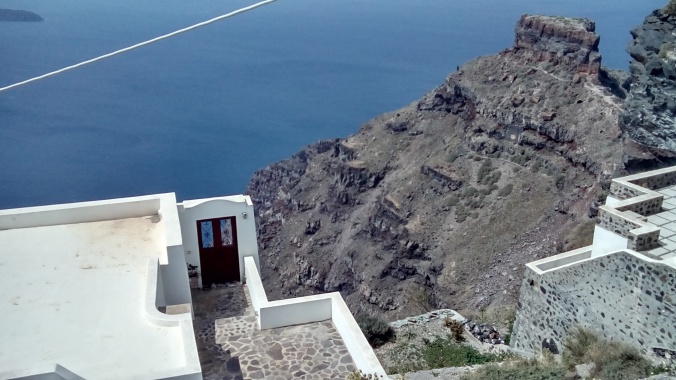 ***I’m breaking things up here with a little creative writing piece I wrote on a ferry ride in Greece, inspired by some beautiful doors I’ve seen throughout my travels.  Enjoy!***

She was always finding them.  Or, rather, they were finding her.  Doors that led to absolutely nowhere…or so it appeared.

The first one came to her when she was very young, leaning against a pile of overgrown brush in her family’s garden.  It was old and well-worn and looked as if it might crumble to dust against even the lightest of breezes.  This thought never even crossed her mind.  She was too curious for that.  She pulled on the handle and stepped through.

This, she soon realized, was where the fairies lived, twinkling brightly in their lush green abode.  They fluttered around her, whispering their secrets, made her promise not to tell.  They fed her honeysuckle nectar, adorned her hair with wildflowers, and told her she would always be welcome in their world.

The next door came sometime later, when her family moved to a new house.  As she was hanging her many sweaters in her brand new closet, she saw it peeking at her, tucked away in the back corner.  Where did it go?  She wondered to herself.  The tiny knob popped open, revealing just enough room for her to crawl through.  A cluttered room buried in dust showed her its face.  It was there that she first met the ghost that lived in her house; the one that had been there for hundreds o years.  She told her her life story, her death story, and told her never to be frightened when she went bump in the night.

She never really made a point of looking for them.  The doors, they just kept finding her.  Like when she went to her first party and saw door to an old shed swinging in the wind, beckoning her to go through it.  It was there that she first heard the wind speak as plain as day.

Then there was that time she went backpacking through the mountains.  She stumbled upon it while she was hiking along the trail, carved right into the ragged rock:  an old door, like one might find on a house.  By now, she knew the drill; she couldn’t resist.  She was greeted warmly by a mountain troll, who graciously made her dinner over a campfire and guided her by torch through the mountain – a considerable shortcut to her final destination.  The firelight danced among the many glittering gems that lined the tunnel walls – the troll’s treasure stores. 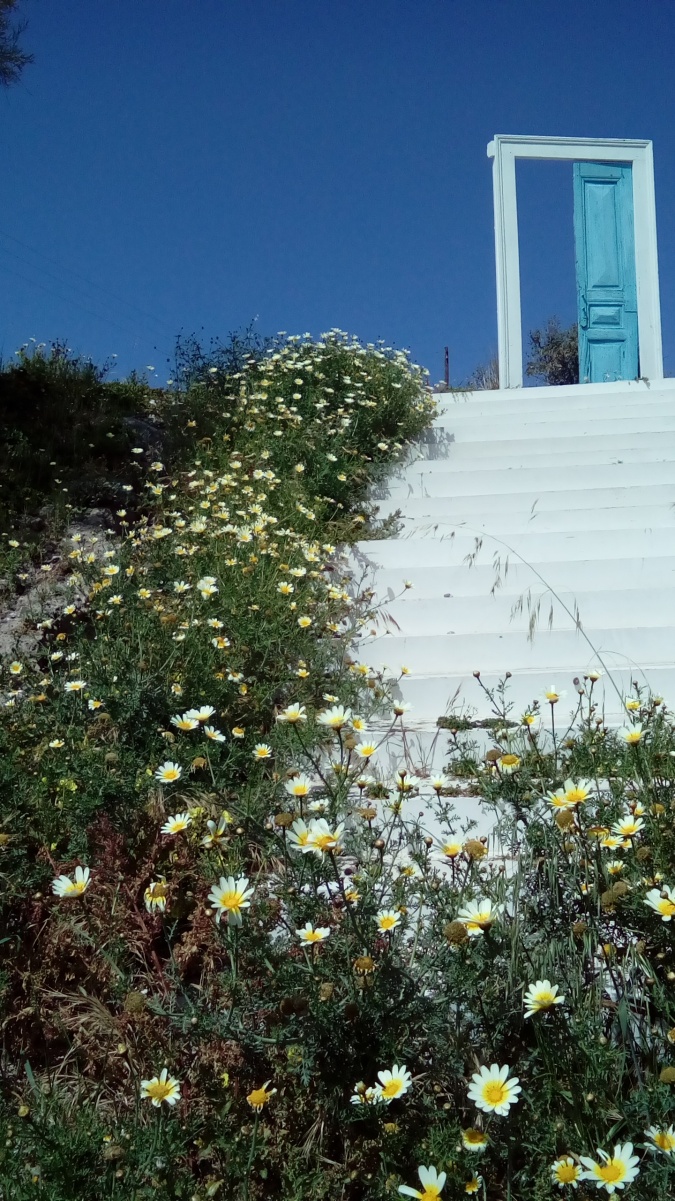 When she bought her first place, a tiny cottage in the meadow, she knew it was meant to be when she saw a single door propped up on a stairway, overgrown with daisies.  She put down her moving boxes to climb those stairs, going up and up, until she noticed that she’d already gone through the door and was now climbing right into the sky, as if on solid ground.  She kept climbing until she reached the clouds, where she waited until the sky grew dark and sparkled with starlight.  It was their that she first met her lover, and they met there every night thereafter.

Yes, the doors, they always find her.  Even as we speak, she’s standing before yet another abandoned door.  As other passersby walk on, ignoring the magic that stands before them, she reaches for the handle and wonders what lies in store for her on the other side.

2 thoughts on “Doors to Nowhere”